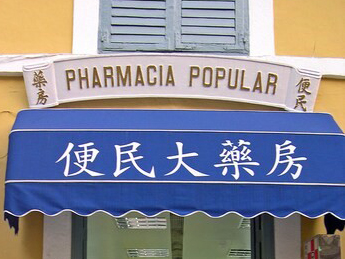 Language is a living thing, which evolves over time. For Portuguese people, it comes with no surprise that the word for ‘pharmacy’, “farmácia” is written with an ‘f’. However, until the spelling reform of 1911, the rules dictated that is should be written “pharmácia”, with a ‘ph’. Similarly, the use of the expression “cair o Carmo e a Trindade” (meaning ‘surprise, confusion’ or used to ironically emphasize something minor) is commonly used, which is thought to have arisen after the 1755 earthquake, when these two convents came crumbling down and were destroyed.

As Darwin’s theory of evolution postulates for living beings, our language also undergoes mutations to better adapt itself to the present. Each generation creates new concepts and words to express themselves, and forgets the words that have fallen into disuse. “Pharmácia”, with a ‘ph’, from the Latin pharmacia, disappeared, along with its language of origin. At the same time, the advent of globalization has opened up a whole range of loanwords that we incorporate into our daily lives. Who will prefer “electronic mail” to “email”? Will we have a Portuguese word for “software”?

Sometimes, we can see the language changing before our eyes. An example of this is the New Portuguese Spelling Agreement (whether people agree with the changes it introduces or not). Another is social media and the increasing prevalence of written communication. It’s not just a whole new vocabulary that’s emerging in these mediums. New forms of spelling and punctuation also appear, to express the nuances that we normally communicate with our tone of voice and body language. A “lmao 🤣” will hardly have the same meaning as a “lmao…😑”.

In the middle of all these changes is the translator. Translation is not just passing a text from one language to another. It is necessary to adapt the text to the rules of the target language, looking for the most appropriate expressions to convey the message. Part of the translator’s job is to keep abreast of these changes. And these days, it is an increasingly vital job for society.