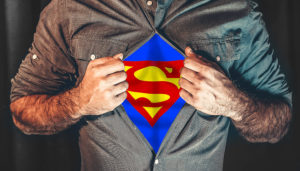 When I say I’m a translator, I often hear the answer, “Oh, okay. Nice.” The second alternative, equally frequent, is “Oh, so you translate films and tv shows, right?” No, I don’t. Although subtitling is very present in our daily lives, in a very visible way, with tv shows and films consumed daily, news, video clips, documentaries and a whole catalogue of audio-visual consumption on streaming platforms where, for the most part, we see content with subtitles, translation is not just about that niche market. Today, however, I would like to talk to you about interpretation, a completely different branch of translation.

If, in general terms, translation is the passage from a text written in one language to another language using equivalent words, through a written medium, subtitling does the same with an audio-visual medium and interpretation uses an oral medium. In addition, it also requires several entirely different knowledge and techniques that have to be learned and trained.

Simultaneous interpretation is not just “saying what a person has said but in another language”; it is doing it at the same time as the speaker is talking. Using audio material, such as headphones, earphones or microphone, listeners can choose to either listen to the speaker or the interpreter communicating.

I don’t always find it easy to explain, to people who do not know the area, how complex this process of “repeating what one person says but in another language” is. Simply put, the interpreter must:

– listen to the speaker

– understand what is being said

– translate the speech in question in their head

– listen to themselves while talking

– continue listening to the speaker to continue translating and doing an oral interpretation.

The brain is still accelerated, it got used to working at 100 miles an km to process the information it is receiving and translating it to communicate to third parties, mentally searching for word equivalents, making sure the verb tenses being used in a sentence that I still don’t know how it will end make sense, trying not to speak too quickly but also not too slowly, using a lower tone of voice but without being boring or monotonous… all knowledge and techniques are being put to practice at the same time.

“To be worn to a frazzle”, “to burn the candle at both ends”, “dead on my feet”… the richness of our language only partly ‘translates’ the feeling I get when I finish an interpreting service, when I’m still trying to slow down, trying to regain the ‘normal’ speed of life. And getting ready for the next one!